Thought for the Day on BBC Radio Bristol, 31st March 2022

Thought for the Day is a 200 word feature which goes out during the breakfast show every weekday. The speakers, drawn from a wide variety of religious groups, provide a spiritual take on topical issues covered in that morning’s show. Quakers have been making regular contributions to this slot for a number of years. Kate Taylor is our representative at the moment. Here are the scripts from her recent broadcast.

Hello James, I was going to talk about the cost of living crisis, which I’m sure is very worrying for a lot of people, but then I saw the piece about the chippy in Yate, Pisces, which is closing after several decades, and my first thought was how old were they when they started, 10?  My second thought was realistically they were probably nearer twenty which means they would be in their eighties now, fair play.  I feel really torn now.  I can appreciate how difficult and worrying the cost of living crisis is for many people, I do know what it is like to be worried about not being able to pay my bills.  It also seems to be totally ridiculous that some people seem to have stupid amounts of money which they can not possibly know what to do with, at the same time as other people are clearly struggling. I also think, though, that sometimes it is no bad thing to think back, to a time when people didn’t have so much stuff, didn’t always expect so much, but generally, in my admittedly limited experience seemed happier.

Thought for the Day on BBC Radio Bristol, 31st March 2022

Thought for the Day is a 200 word feature which goes out during the breakfast show every weekday. The speakers, drawn from a wide variety 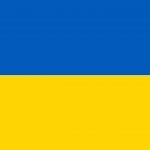 Quakers in Britain condemn attack and call for end to fighting

Quakers in Britain strongly condemn the attack on Ukraine. It is a grave development for humanity, and a violation of international law, including the Charter

Thought for the Day on BBC Radio Bristol, 22nd February 2022

Thought for the Day is a 200 word feature which goes out during the breakfast show every weekday. The speakers, drawn from a wide variety 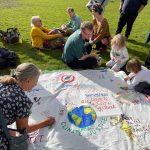 Over 60 Quakers of all ages came together in a pilgrimage to Castle Park in Bristol on Sunday 26th September to witness for Climate Justice. Travelling 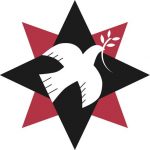 Can War be Abolished? The Bristol Quaker Peace Lecture 2021

The Bristol Quaker Peace Lecture 2021: Can war be abolished? Britain’s role in working for world peace,  took place online in spring this year with